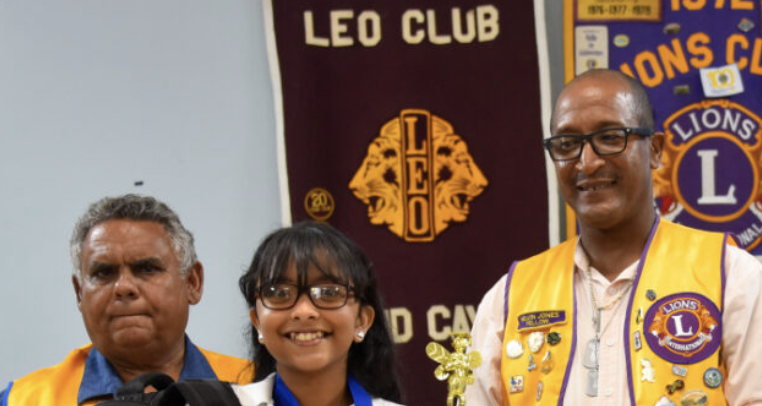 Would you be able to correctly spell “thyroid” or “zucchini” in the midst of stressful circumstances? Amrita Rajkumarsingh and Alexis Bogle certainly can. These individuals have the distinction of being the best secondary and primary school spellers Cayman has to offer. They attained the two highest prizes at the 40th Lions Club of Grand Cayman Secondary Spelling Bee and the 23rd RBC Royal Bank Primary Spelling Bee competitions recently.


Bogle is a 10-year-old who attends St. Ignatius Catholic School. She scored the coveted trophy as the individual who won the primary school competition on the 29th of November. “Zucchini” was her lucky word. Haley Estwick was the runner-up at the John Gray High School Performing Arts Centre event. Bogle won a trophy, an iPad and various other exciting prizes thanks to the DES and RBC. The yearly competition had 49 spellers who represented 17 different public schools all over the Cayman Islands.

Bogle stated that taking part in a spelling competition like this one is something that calls for a lot of bravery. She indicated that she greatly appreciates RBC endorsing this event that promotes concepts such as self-development and literacy. Samuels, a representative of her school, praised the spelling bee and said that it enthralls people year in and year out. Samuels discussed the devotion her pupil had to thriving. The representative even raved about the community helping make this beloved competition come to fruition. Samuels revealed that people are anticipating all of the things that are in store for the competition for the future. The individual speculated that the public won’t be able to wait to witness of the marvels of the spelling bee in 2023.